TIL about a project called SchemaCrawler that generates graphviz charts of a db schema by introspecting on foreign keys. 💯 would recommend

use http://t.co/JFm542dT for easy working with database metadata & generation of your own code artifacts

SchemaCrawler is awesome for working with a db's metadata

SchemaCrawler is an excelent tool to explore a database schema. It's a layer on top of JDBC: http://bit.ly/aVqIVZ. Give it a try.

Architect at Nestlé Nespresso SA: “I run a daily cron to export the content (metadata and data) of a schema, and I compare it to another reference schema to check which changes have been made to the data. The schema contains configuration values for our system (domains, ports, datasources, database connection strings, usernames…) and it’s paramount to allow all architects to change those data without losing control of what is being done. SchemaCrawler is the only tool that I found that could export both metadata and data in a predictable way, so that I can compare (diff) 2 schemas without getting false alerts.”

SchemaCrawler database diagrams in use at the Scrum meeting at the Software Development Departement of La Ville de Noumea. Photograph courtesy of Adrien Sales. 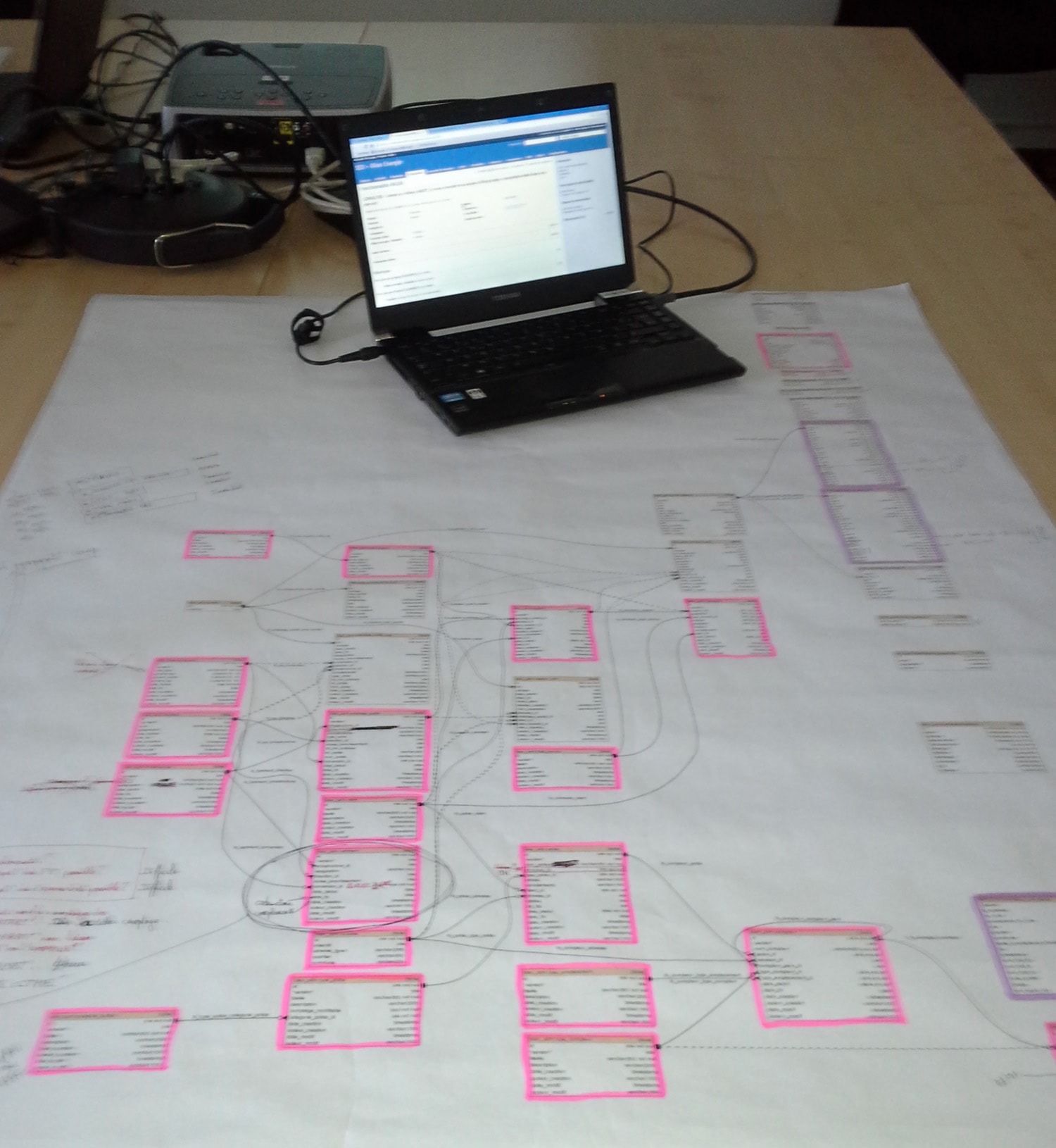 SchemaCrawler in the press, and in online articles and blogs.